With the backing of an ARC Discovery Project grant Dr Brian Yecies and Dr Jie (Jack) Yang are drawing on their individual expertise and experiences in culture, humanities and computer science to help Australian creatives succeed in an ever-changing media landscape

As a child, Dr Brian Yecies sat in his sandbox in the United States and wondered if he could dig his way to China. He finally made it there several years later - albeit in a more conventional manner - as a backpacker. As he immersed himself in this different and at times challenging cultural divide, he developed a thirst for discovering what was ‘behind the red bamboo curtain’: the metaphorical and literal red curtain found in almost all cities in China. This fascination commonly led to a cinema screening room. A fascination with Asian transnational film and associated media followed him home.

Flash forward to today. Yecies is now working at the University of Wollongong as a senior lecturer in the School of the Arts, English and Media, working on several research projects and publishing several papers. The source of much of his data and technical assistance comes from a Chinese national, working within the SMART Infrastructure Facility, whom Yecies met in 2013 at a UOW Global Challenges grant research workshop.

Dr Jie (Jack) Yang has long-standing experience in the areas of big data analysis, machine learning, and their applications in the social media and digital culture domains. His role at UOW involves coordinating the harvesting and coding of data with the digital research tools that underpin SMART’s cutting-edge research projects and publications.

Despite occupying offices at opposite ends of the campus, the pair from vastly different worlds decided there was some level of commonality between them. Dr Yang explains that after a chat over coffee, a new research partnership was established.

“Brian and I are a good combination because we complement each other’s strengths. Brian’s experiences come from humanities, culture and media. Mine are more from the technical side, with computer science. So from different domains, you get different ideas. It’s a good combination.”

The pair has recently won a 2018-2020 grant from the Australian Research Council for a research project titled ‘Mobile Webtoons: Creative Innovation in a New Digital Economy’.

The project’s intent is to investigate how mobile webtoons are transforming media ecosystems in Australia, South Korea and the United States. It aims to generate new knowledge about cross-media storytelling, aesthetics and technologies by applying big data methods to analyse the production and reception of innovative mobile content. With this new knowledge, Yecies and Yang plan to analyse the impact this will have on the traditional media landscape.

“The project responds to a call from the Australian government in terms of making the nation and its people more innovative, more creative, and not just internally, but to take those creative ideas and innovations and connect them to global trends,” Yecies says.

They hope their findings encourage Australian enterprises and creative practitioners to join the digital economy and capitalise on future opportunities in the new global media environment - a new mobile media space that some traditional artists are anxious about - with concerns over intellectual property, ownership and cultural differences among audiences.

“We are now part of a ‘shared economy’. Contributing to the digital economy absolutely involves an aspect of sharing that’s unprecedented,” says Yecies, who believes a change of thinking and culture is required to take full advantage of new opportunities and to keep up with our global creative competitors.

Economic and geopolitical powerhouses in Asia have invested heavily in mobile communication technologies. With the proliferation of smartphones and tablets being used by the vast majority of their population, the design process has experience a required shift, which hasn’t permeated completely out to the West.

“Firms in Asia are starting with mobile applications first. They’re leapfrogging over older information communication technology and infrastructure. They build up their presence and if successful, then they go online to reach others in the world. Whereas in Australia, and many parts of the world, it’s the opposite. In short, this means that Australian firms and practitioners still have some catching up to do.”

“While they borrow some existing conventions, webtoons contain narrative techniques, aesthetics, and technological elements, as well as a monetisation environment that differentiate their production, distribution and consumption conditions from their print predecessors and digital competitors.”

Similar to Youtube and other video and image sharing sites, webtoons can be uploaded by anyone on open platforms for free. Profits are generated from user clicks and some advertising, as well as both online and offline sales of merchandise.

“The hope is to attract positive reviews and an enlarging readership that can be monetised by the platforms via a micropayment system, involving pay-per-view, as well as the sale of remake rights and merch. In turn, platforms offer contracts to popular artists in order to secure their loyalty and process their royalties. Second, webtoons are open to immediate feedback from registered readers. Due to a quick production turnaround of episodes and series, artists and agencies can transform original stories and aesthetics to suit local and global tastes,” says Yecies.

Much of the data Yang will be collecting and analysing will be coming from this user-generated content (UGC), which will help to identify user preferences, cultural differences and opinion leaders (aka digital media influencers). The finding could enhance the producer’s knowledge and help understand what people prefer, as well as what happens when producers apply changes after user feedback, which has potential to change the entire creative process.

“We hypothesise that one of the effective approaches to analysing the dataset generated by webtoon platforms, practitioners and readers lies in the scholarly concepts of ‘value co-creation’ and ‘platformization’, which emphasise the importance of adding value to digital content and mobile environments through the collaborative participation of producers and consumers, which in turn expands new mobile platforms such as webtoons.”

Yet, the research does more than look at the industry from a big data perspective. It also examines textural, genre-based perspectives with a focus on the institutional and economic models stemming from developments - such as outreach programs - animation schools, mentoring programs and universities implementing animation majors to the cultural shift in communities.

While the project is still in its infancy, and there are miles of data to collect and insights to collate, the pair believe multidisciplinary and cross cultural research is critical to staying ahead of the game. “It allows us to look at the same problem, but from different perspectives. As researcher, you explore and expand your own research and personality skills as you experience working amongst different types of people and methodologies,” says Yang.

Yecies believes that programs such as UOW’s Global Challenges can really open one’s eyes to what is possible, thereby igniting the flame of collaboration. But, even more can be done to bring researchers from the humanities, arts and sciences together.

“As researchers we must be willing to take risks and share our passions with others. As supervisors, we have to allow students the space to experiment, discover, succeed and fail. And organisations governments and funding bodies need to provide platforms and opportunities to bring these like-minded people and projects together with a little more ease.”

Their project is due to be completed at the end of 2020.

For more from Dr Brian Yecies you can visit his UOW Scholars profile, which links to his papers and publications.

For more from Dr Jack Yang you can visit his UOW Scholars profile, which links to his papers and publications. 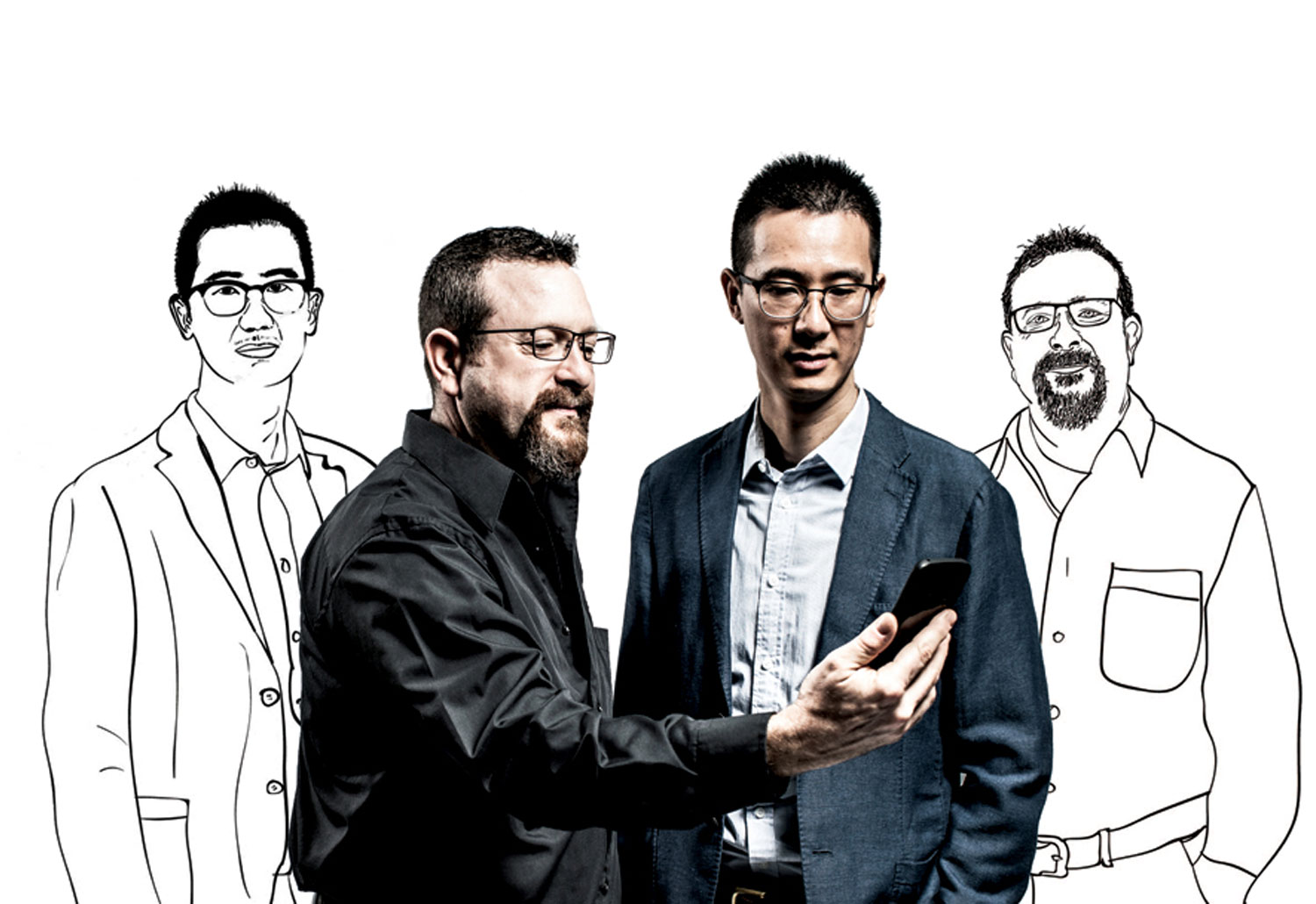 TO TOP
BACK
THE FUTURE OF: BIOSECURITY ...
TO TOP