PhD stories: Charbel Tawk
Charbel Tawk travelled from Lebanon to complete his PhD with ACES, working on soft robotics. We hear his story.

NEW SUNSCREENS FOR AUSTRALIANS
THE FUTURE OF: RENEWABLE EN...

The University of Wollongong (UOW) has so many high achieving PhD students, working towards solving real world problems. Each month we will meet one and hear their story

Will we all one day have our very own personal robot? ACES and UOW Soft Robotics PhD candidate, Charbel Tawk, believes this could be so. On the back of being named a winner of UOW’s Global Challenges Travel Scholarship, we caught up with Charbel for a chat about his recent accomplishment, what he’s currently researching, his journey from Lebanon to Australia to study a PhD and more.

Your PhD is on soft robotics but what is the main focus of your project?

Who are you working with on this PhD?

For someone who doesn’t know anything about soft robotics, what does it exactly involve?

Soft robotics is a sub-field of robotics that deals with robots that are made of highly deformable materials. The most common material used to fabricate soft robots is silicone. Soft robots, which are made of highly compliant and deformable materials, provide inherent safety features unlike conventional robots that are made of stiff and rigid components. Traditional robots are driven by electric motors, and hydraulic or pneumatic actuators. They perform very well in automation and assembly lines of factories as they are capable of large forces and high speeds with great precision. However, they cannot operate appropriately in unstructured environments where humans are present. The fast movements and high forces generated by traditional robots pose critical safety issues when interacting with humans.

In contrast, soft robots made of soft, compliant and deformable materials are inherently safer when operated alongside humans as contact forces are reduced. Soft robots are inspired by soft biological structures such as an octopus arm, elephant trunk, squid tentacles, worm body, and human tongue that are made entirely of compliant materials and liquids.

You’re originally from Lebanon and previously studied your undergrad at the Lebanese American University, correct? How has the transition to Australia been, and how did this opportunity with ACES come about?

That's right. I completed my B.E. in Mechanical Engineering at the Lebanese American University in Lebanon, where I'm from. Coming to Australia and choosing UOW and ACES is the best decision I’ve ever made. I was introduced to UOW by Prof Barbar Akle, who was my supervisor during my undergraduate studies. I worked with him on several projects related to robotics and mechatronics.

What do you like most about living and studying in Wollongong?

Wollongong is a beautiful city and ideal for studying, relaxing and having a great time. UOW has a great campus with so many great spots to enjoy the sun and relax. I also really like the beach in Wollongong. Plus, there are so many friendly people living here.

What was your background before joining ACES?

As an undergraduate student, I worked as a research assistant in smart materials at the Lebanese American University’s Department of Industrial and Mechanical Engineering. I optimised the manufacturing procedures of Ionic Polymer-Metal Composites (IPMCs) hair-like transducers that can be used as artificial inner hair cells in the cochlea. This research work convinced me to pursue a PhD in robotics.

You were recently named a winner for UOW’s Global Challenges Travel Scholarship – congratulations! How do you plan on using the scholarship grant, which I believe supports your travel to a destination of your choice?

Thank you! Yes, the Global Challenges Travel Scholarship Video Challenge enables students undertaking a research degree at UOW to travel to a destination of their choice to support their research. I'm planning to attend the IEEE/RSJ International Conference on Intelligent Robots and Systems next November in Macau City, China.

In your scholarship-winning Global Challenge video, you mention one day in the future everyone will have their very own robot. What do you think this will look like and how far off do you think this realistically is?

Yes, I believe that in the future everyone will have their own personal robot. I think these robots will be like us in terms of physical appearance and communication style. Artificial intelligence will play a critical role in the development of humanoid robots that are smart enough to communicate with us. I’m sure that the soft robotics field will play a huge role as well to come up with robots that are soft and safe

What does a usual day of work involve for you?

Usually, I set three realistic and achievable goals to accomplish before leaving the office. My working day starts at 9am and finishes around 6:30pm. In terms of research work, I do a lot of 3D printing, CAD modelling, finite element modelling, programming, reading and writing. I listen to my favourite music during the day and I really enjoy every single moment at work because I really love what I do.

What do you hope ultimately comes out of your research?

The goal of my research is to develop low-cost affordable soft actuators and sensors for soft robotic devices. We want these soft robotics devices to be easily accessible by the community and to be used in STEM education, medical devices, soft prosthetic hands and other robotic systems.

Do you have a plan for what’s next after your PhD?

I still have no clear plan. I might shift to an entirely different career. I am a very talented actor and I am willing to give it a chance by moving to California [laughs]. In terms of research, I might move to the United States in the case that I find an attractive research opportunity.

What’s your favourite aspect of your work and being part of ACES?

I enjoy the freedom I have while working on the things I love doing every single day. It boosts my creativity. Being an ACES student is something very special because I am surrounded with a very supportive team of supervisors and students. I love the fact that the work we are doing at UOW and ACES is recognised internationally and is making a real impact locally and globally.

If you weren’t studying a PhD in soft robotics, what could you see yourself doing?

This is really a hard question. I really don’t have a clear answer. Perhaps, working on a start-up company. 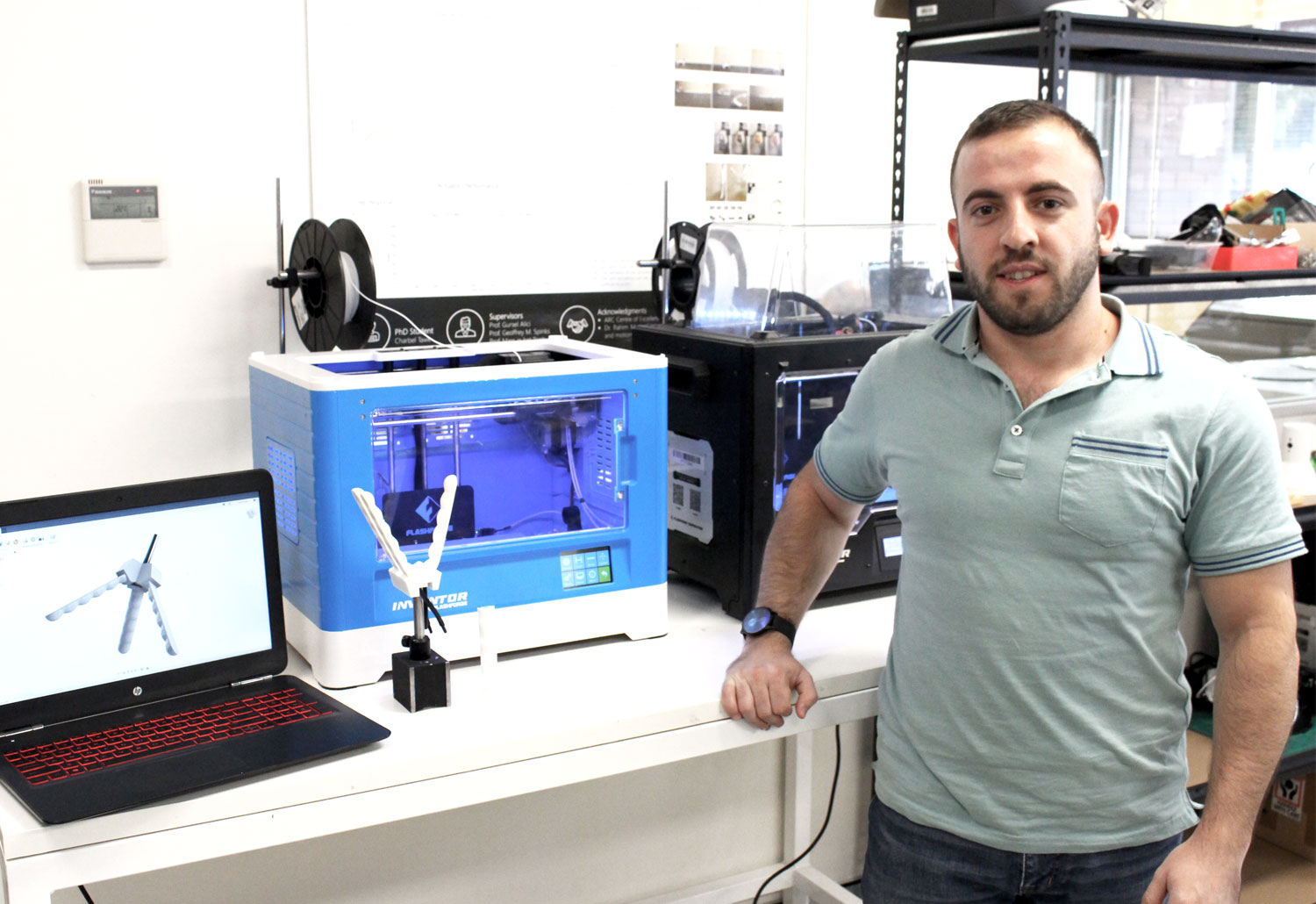 TO TOP
BACK
THE FUTURE OF: RENEWABLE EN...
TO TOP