Career Advice for Women in Science
By Dame Bridget Ogilvie

‘Diversify your skills and communicate what you do’. They were the key messages from a recent interview with Dame Bridget Ogilvie, a Fellow of the Australian Academy of Science, and a successful British Scientist who has split her time between the two countries for the last 14 years.

As patron of UOW’s Illawarra Health and Medical Research Institute (IHMRI) her recent visit will involve hosting the annual IHMRI lunch (to celebrate women in scientific research) and being part of a panel discussion at the lunch featuring special guest speaker Leann Tilley Professor of Biochemistry and Molecular Biology from the University of Melbourne. We caught up with Bridget before the lunch where she shared her thoughts on how women in science can make the most of their careers.

DIVERSIFY YOUR SKILLS AND COMMUNICATE WELL

"When I look back on my professional life there were two aspects of my undergraduate years that were crucial for my subsequent career. I deliberately changed universities and courses from pure science to a professional course which required me to study a wide range of biological subjects. This course was set up by an imaginative Dean who also obliged my year to attend a week’s course on many aspects of public speaking-how to communicate effectively- run by the Toast Masters Association of NSW.

"These experiences underlie my belief that in the future as in the past multidisciplinarity in research and effective communication of the results and consequences of research to our fellow citizens are essential. For many decades, the scientific community and some scientifically based industries failed to give proper attention to the need to communicate effectively. This had real consequences for our relationship with most of the community who lack scientific knowledge or education and thus to the governance of science and how the community regards science and scientists. Examples of this failure are the advent of “mad cow disease”, a form of CJD, a brain disease that is transmissible from cattle to humans, the false association between the triple vaccine and autism and the decision by the company Monsanto to dump GM soya on the European market without thinking of the consequences which has paralysed the use of this technology for plant breeding. The power and pace of scientific research makes this part of scientific life ever more crucial. We need to encourage all scientists to enhance their communication skills and value those who excel at it."

"The study of DNA has dominated biological science since its structure was first elucidated by Crick, Franklin, Watson and Wilkins and will I’m sure continue to do so. The “Ultimate Challenge” to biologists is neuroscience which is a highly multidisciplinary science and includes many aspects of social science. Life has been completely changed for all of us by artificial intelligence with advances in machine learning which we use every day through the computer and IT revolutions. The amount of data produced by all sciences is huge and growing rapidly and our ability to analyse it and find ways to govern its benefits and risks are already key and are bound to become ever more important. These are the subjects which I think are likely to be especially important in the next decade or so."

"I’ve always advised young scientists to widen their experience as much as possible in their post graduate years and to investigate any potential mentor as carefully as possible not only for their prowess as a researcher but also for the way they look after those who work or train with them. All my mentors were male and it never occurred to me that their sex was important but I have learnt that for many women female mentors are especially important. I had them! But they were family members. Such mentors are fundamental for all of us especially at the beginning of our careers. Eventually however all of us have to take charge of our career, decide what matters to us and focus on attaining it."

"In my experience, a high percentage of men are “female friendly” and both women and such men have to learn how to deal with the others who are not easy as colleagues or mentors whatever one's sex. It is quite usual for aggressive men to give talks about the research of their colleagues barely acknowledging the actual author. I’ve had plenty of men and women seeking advice about dealing with such distressing behaviour. I advise them to find ways of giving talks themselves about their work without waiting for invitations. Waiting for the work to be published to show the real authorship is unwise as the impact of good talks at meetings or seminars can be great. Communication again!"

"It is well known that women are better multitaskers than men and there is evidence that women are much better than men working in teams. These natural qualities are well suited to the nature of much current and likely future scientific research. Female attributes that hold women back are not technical skills or a difference in their ability to understand or excel at any scientific discipline given the opportunity to learn them. Most women, however, find it difficult to “sell” themselves in the way that men do. Most men seem to have no difficulty in arguing about their initial salary or for a promotion. Some will apply for a job even when they have few of the requirements listed in an application whilst many women will be deterred from applying unless they possess all or almost all the wanted skills and it is quite rare for even very senior women to argue about their salary. The support of senior female friendly colleagues whether male or female is really important for women in these contexts."

OTHER OPPORTUNITIES FOR RESEARCHERS

"I have already indicated that failure to communicate has been damaging to science and scientists need to proactively explain what their research results mean to our non scientific fellow citizens. I was amazed how quickly the police and lawyers accepted DNA fingerprinting after Alec Jeffreys invented this technology. Alec is a brilliant and enthusiastic communicator which probably helped this to happen. The need for careful control of the ever more powerful DNA related science is well illustrated by the angry response by both scientists and non scientists to the claim by a Chinese scientist that he altered the DNA of human twins in embryo, ignoring internationally agreed regulations. Major activities in this field now always have a communications expert as part of the team, at least in the U.K. and I would think in Australia too. Nowadays most reports from UK academies are carefully checked for their effect on and readability by non scientists.

"A recent initiative at the Royal Society is to hold seminars and briefing meetings with senior judges on scientifically based topics they frequently meet in court. This “Science and the Law” programme is greatly appreciated at the highest judicial level and is being replicated in other countries including Australia.

"These successful examples of good relationships between science and other areas of life also indicate ways in which scientists can develop their career outside of the laboratory. It is an unfortunate fact that successful research scientists often give the impression that the only way to be a scientist is to do research in a laboratory. I remember with amusement but no real surprise the astonishment with which I was greeted by many scientific colleagues when I decided to stop doing research and join the staff of the research funding charity, the Wellcome Trust, full time. Things have moved on a bit since then and there is a rather more realistic attitude to possible careers for well trained scientists. We could do with more scientifically trained politicians and community leaders. For example, many Vice Chancellors are scientists, medics or engineers who have gone into academic management, there are jobs in publishing and the increasing number of bodies that aim to help scientists to communicate with their fellow citizens. Plenty of the staff of these organisations are female scientists. There is a shortage of well trained scientists in the teaching profession too. The strengths of women in multitasking and teamwork gives them an advantage in many different walks of life. I think these attributes underlie the decision by many women I know to have portfolio careers, in which they have happily and successfully changed direction as their private circumstances change throughout life.

"In conclusion, women are as fundamentally capable as men of succeeding in any kind of scientific research. Failure is due to social factors not intrinsic ability. Unfortunately, there are still some parents, especially some fathers, who do not encourage their daughters to succeed as they do their sons. There is a general shortage of excellent science teachers which may affect girls more than boys. In addition to intrinsic differences in male and female behaviour described earlier the realities of family life make sustaining any kind of professional employment more difficult for women without extra support. It is an excellent change that many employers are now finding ways of giving this to valued female staff, and indeed to male staff in comparable circumstances." 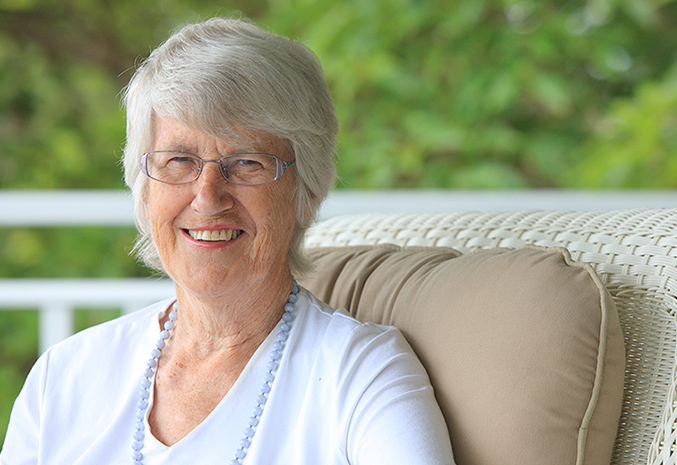 TO TOP
BACK
DENTAL HEALTH CHALLENGE
TO TOP