An exciting new research project to develop computational models to identify the changes to brain organoids or ‘mini-brains’ with Alzheimer’s Disease (AD) will help transform the field of Dementia research and lead to major advances in fighting the disease.

Entitled ‘Use of brain organoids and artificial intelligence for understanding Dementia,’ the $500k project is funded by the Dementia Australia Research Foundation with the Yulgilbar Alzheimer’s Research Program (YARP).

It will combine the development of ‘mini-brains’ from stem cells of patients (with and without the disease) with artificial intelligence to develop computational models to identify the key functional differences of the brains.

An Australian Research Council (ARC) DECRA Fellow, Dr Gautam has been exploring ideas of working with the IHMRI team over the last few years, particularly in the area of growing stem cells on Nano scaffolds and combining their expertise to study brain organoids.

“While most of the previous studies have focused on identifying the pathological processes, there have been very few attempts to study the functional aspect of the brain to study the loss of cognition and memory in AD,” said Dr Gautam.

The research will use cutting edge technologies in stem cells, neuroscience, gene-editing, bioengineering and machine-learning to understand neuronal-microglia interactions and neuronal functionality within a normal brain and one affected by Alzheimer’s.

“We will be able to model brain function ‘in-a-dish’ and then apply steps and AI-based analyses to identify key functional differences between normal and Alzheimer’s disease brain organoids and predict stimulation parameters that may promote ‘normal’ brain function,” said Associate Professor Lezanne Ooi.

“By using platforms at IHMRI, like the new electrophysiology facility and the SyncroPatch robot, we will be able to measure the functionality of neurons and their networks to determine the difference between cells from Alzheimer’s and non-Alzheimer’s,” said Associate Professor Mirella Dottori.

“Dementia is a global problem faced by society. Studying Alzheimer’s affected brain organoids and healthy organoids will enable us to better understand Alzheimer’s disease and help find solutions to the problem”, says Prof. Chennupati Jagadish, a Fellow of the Australian Academy of Science.

“I am delighted to be leading this project involving bright young and mid-career researchers from various disciplines. The entire team is excited about this project and we are grateful to Dementia Australia and Yulgilbar Foundation for their confidence and support. Out of many research projects we are working on, I am most excited about this project due to its multidisciplinary nature and potential impact on patients suffering from AD,” said Prof. Jagadish.

Prof. Jagadish is also the recipient of one of the Academy’s top honours, the Thomas Ranken Lyle Medal. He helped develop semi-conductors used in LED lights. He also designed and developed some of the world’s smallest lasers. Born in India, Professor Jagadish grew up without electricity. “I didn’t have much light as a child and studied in front of a kerosene lamp until Year 7. That’s why I’m interested in developing technologies that will benefit humanity,” Professor Jagadish said. 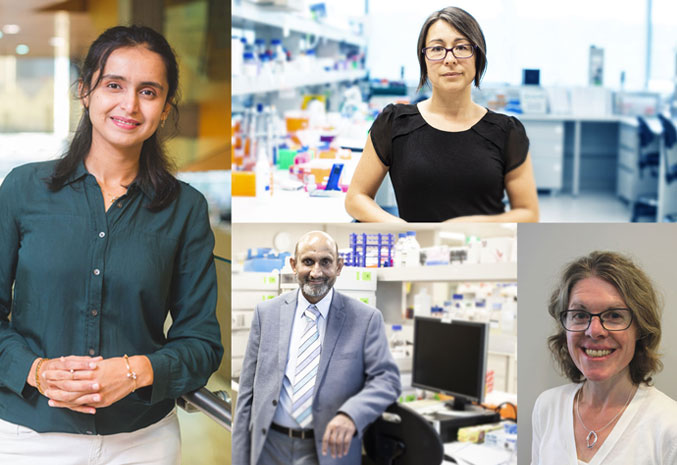 TO TOP
BACK
CAREER ADVICE FOR WOMEN IN ...
TO TOP