With almost 60,000 kilometres of coastline, Australians are highly reliant and connected to the ocean and the coastal waterways that surround us. These waterways have supported communities that have resided on our coasts for thousands of years with food and a means for travel. As a nation we are passionate about our coasts and the ocean, there is a feeling of it being important to our culture, and our identity as a nation.

In modern Australia much of our economy is linked to the ocean and waterways, including fisheries and aquaculture, oil and gas extraction, global trade and transportation of goods, and tourism and leisure. In ‘Southern NSW’ (Illawarra and South Coast) we estimate that as many as 13,000 full time jobs are derived from marine and ocean related industries. Marine industries have been identified as one of the top 25 future growth sectors in the Australian economy, with the value of these industries projected to double to $100 billion by 2025.

The ‘Blue Economy’ is a concept that is gaining traction around the world. It aims to secure sustainable growth of the world’s marine industries, whilst also protecting important ecosystem services and other environmental values. Despite the increasingly popularilty of the term, there are few examples of the model being successfully applied. The UOW Global Challenges project ‘Launching a blue economy: Putting theory into practice’ is taking stock of what marine industries exist in the region, what areas the region is excelling in, what the challenges are, where opportunities exist, and where the region has a competitive advantage.

UOW researcher Michelle Voyer from Australian National Centre for Ocean Resources and Security (ANCORS), is one of the lead reseachers exploring blue economies through the Global Challenges Program. The project is an interdisciplinary, University-wide research project which seeks to ‘road test’ the effectiveness of the blue economy model, through an applied case study in Southern NSW. The project has also partnered with a stakeholder working group, led by Regional Development Australia Illawarra, to provide input and expertise

Voyer says the project aims to use innovative, integrated and cross-disciplinary research to explore how the region can promote sustainable development which maximises the social, environmental, and economic benefits derived from the oceans.

To answer these questions a team of more than 20 academics across all five UOW faculties have been enlisted to work on five interconnected research programs. The interdisciplinary project team has been exploring the Blue Economy from a variety of angles. These include an economic analysis of existing marine industries, spatial mapping of the environmental, social and economic values of the region and analysis of the way the Blue Economy is currently governed. The project also aims to identify key innovations and innovators already working in the Blue Economy of Southern NSW.

The initial results of this research are pointing to some exciting areas of opportunity in the region, and some key research questions which will need to be answered in order to embrace these opportunities. To begin to communicate these findings to industry, government and the wider community the team have developed a public interface which can be used to keep track of the research as it develops.

In the lead up to the United Nation’s World Ocean Day on June 8, the research team have launched an interactive online ‘story map’ which aims to build a vision for a ‘Blue Future’ in Southern NSW. The website introduces the public to the idea of a Blue Economy and how it might contribute to a Blue Future for Southern NSW. Users can then scroll down a map of Southern NSW and be introduced to some of the stories of how our coastline has been used in the past, what role marine and coastal industries are playing in our current regional economy and what the future might look like for these industries.

Members of the public can also contribute their own ideas about what marine industries they would like to see grow and develop on the coast in the future through a crowdsourced mapping page. Team member, Dr Chris Brennan Horley, from the Australian Centre for Culture, Environment, Society and Space (ACCESS) says that this interactive page provides an important tool for gauging community feedback on their ideas and visions for the Blue Economy.

“In order to grow an important industry in a region we first have to understand the way the people use and value our coasts and oceans. We want to uncover the attitudes and connections people hold towards the coastline and ocean, and how they use them in their daily lives.”

The project is heavily grounded in capturing not just the economic potential of our oceans but also community aspirations and ideas for future oceans uses and management. This includes a particular emphasis on the opportunities that might exist for Aboriginal communities in the Blue Economy. Exploring new business models and ideas which support the local community through employment opportunities and whilst maintaining cultural connections and practices is an important objective of the project.

Dr Susan Ballard is from the School of the Arts English and Media. She has looked to the arts to inform the vision of a Blue Economy for Southern NSW. “Our team is concerned with how people have thought about the Blue Economy historically and imaginatively in creative and cultural formats including image, music and text. We aim to trace the different kinds of relationships (social, cultural, artistic) that already exist within coastal and ocean environments in the Illawarra. We aim to see if these existing relationships contain evidence for how people might feel about the Blue Economy in the future.”

UOW is planning a strong future in Blue Economy research. The program is already looking towards future projects and Blue Economy enterprises to come out of the current research, including extending the findings of this research beyond the region.

The project team will therefore be working together to identify how the ideas, methodologies and processes employed in the Southern NSW project might inform similar planning activities occurring around the world, especially regions incredibly reliant on their oceans such as the Pacific Islands.

“Our team is exploring this concept as it has been a buzzword in global development surrounded by rhetoric, with little action or tangible successful examples” said Dr Voyer. “By exploring the concept of blue economies and testing it here on the South Coast of NSW the Global Challenges research aims to change the way the world uses its oceans to improve the lives of those dependent on it.”

Ahead of the United Nation's World Oceans Day on 8 June, the research team has launched an interactive story map that aims to introduce the public to the idea of a blue economy and to build a vision for a "blue future" for the region.

The success of this Global Challenges project is not only dependent on the work of the researchers but also by the level of involvement by the community. The project will be seeking greater public feedback and cooperation in the form of interviews and surveys as well as further avenues for community input. To keep up to date with project developments, or to get involved, please register your interest by emailing blue-economy@uow.edu.au 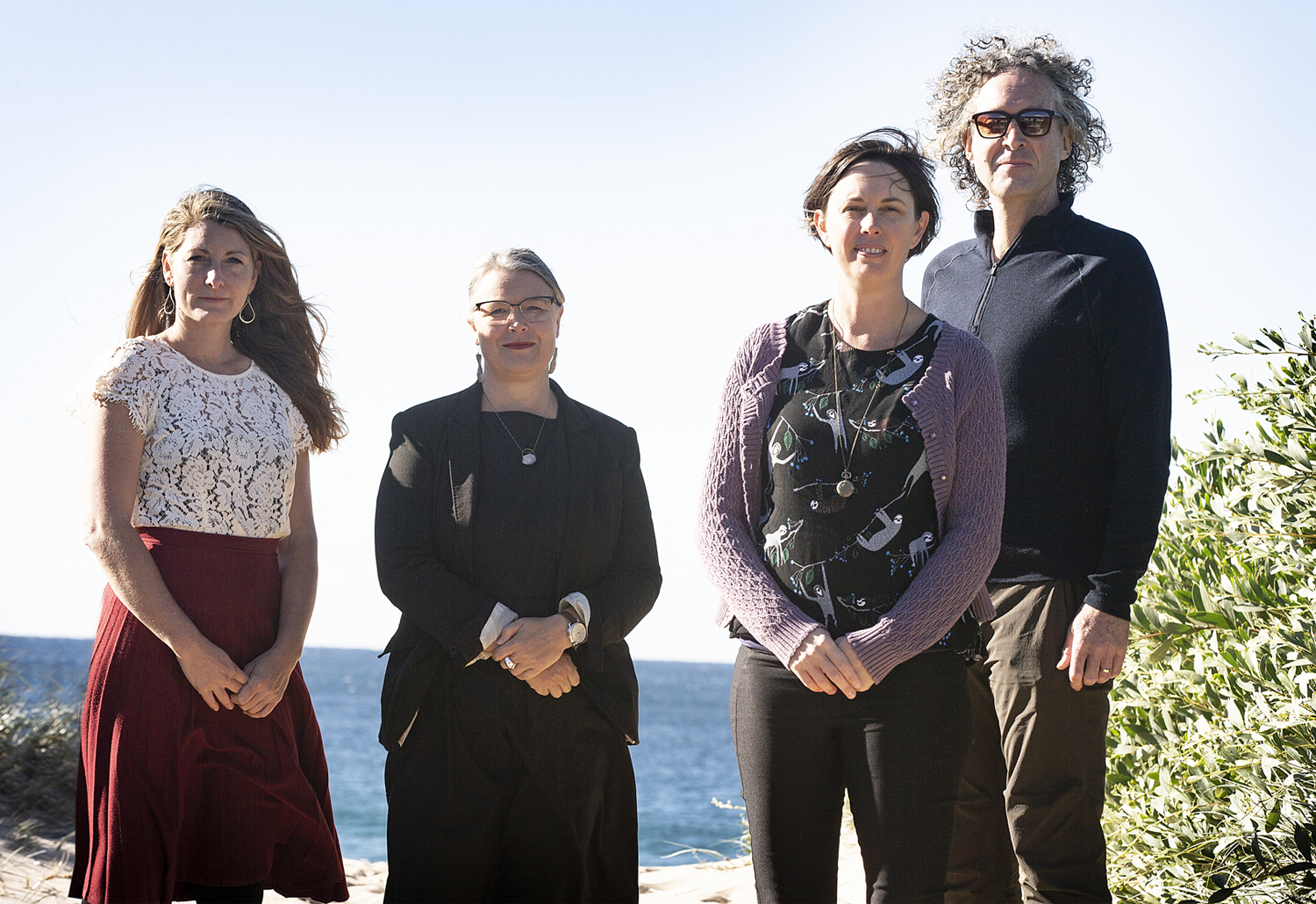 TO TOP
BACK
PHD STORIES: TRAVIS WALL
TO TOP