“The University of Wollongong (UOW) has so many high achieving PhD students, working towards solving real world problems. Each month we will meet one and hear their story

Travis's doctoral research focuses on how graphic design influences within the social media environment, and how new processes and themes are impacting the design industry. His research aims to help show how the industry has been guided so far, and what it might be telling us about the direction design will be heading.

When did you commence HDR study?

My thesis title is Design Thinking as Heterogeneous Engineering.

Please give a broad description of the topic you investigated as part of your research.

I’ve been looking at how graphic design works in this social media environment where battles of influence and ideas are currently fiercely contested. Some of the most effective graphic design happening there is by anonymous meme makers and their ways of collaborating, composing images and thinking about problems can be very different to typical ways of working in graphic design. I’ve been following how it works, documenting some of the processes and working out what it means for graphic design. From this, some process and themes have emerged that indicate how designing and making things more generally might be impacted as more of our objects and environment become digital and online just like what has been happening to graphic design.

Can you provide some background on how and why you were drawn to HDR research?

I spent time working as a graphic designer and I was starting to see how my day to day activities as a graphic designer were changing fairly quickly because of digital and online technologies, and the opportunities of this change were not being taken where I was working. Quickly I found myself out of those environments and involved in the local technology and startup scene in Wollongong and Sydney. The most fun here was the variety of people I’d come across. They were usually not graphic designers or communications people, but software developers, engineers or business people. They think very differently to graphic designers, and I enjoyed working with and sometimes just observing all these different people.

The option to do HDR research was always there, and I found myself with a topic coming from my work as a graphic designer, which was generally how digital and online technologies were impacting graphic design and design thinking more generally, and the university environment seemed like a good place to do it because it had a similar kind of variety in the people I could be around that I enjoyed in this technology and startup community.

How did your approach to research change over that time? What's your view is now?

During my research, events like Brexit and the 2016 US elections were significant for social media, and I was looking into the role of graphic design on social media in these events. I found that some of the most impactful graphic design was by people on social media who were helping push these movements along, and they were not necessarily professional graphic designers but meme makers operating on fringes of the internet like 4chan. These people were using sophisticated design thinking to create waves of powerful memetic warfare campaigns to distribute across more general social media channels like Facebook and Twitter, and their campaigns were being met with equally interesting opposition.

Instead of typical graphic design campaigns, we now have these memetic warfare campaigns appearing, and participation in them is guerrilla warfare style where even people making memes on their phones can get involved. So I had started with an idea that there was change happening in graphic design because of online and digital, but I had to wait for the most interesting examples to come along, and didn’t expect them to be quite like this. I’ve been looking for how digital and online impacts design more generally as digital and online increasingly becomes part of making many things. Some themes here are how this space dissolves distinctions between designers and consumers, the way cognitive processes are used in this space, and how unexpected events are an inevitability better used productively than fought against.

What were some highlights of your HDR study?

The twists and turns in the research.

What were the lowlights?

Putting the twists and turns together into an extended thesis format (which I am still doing) is certainly not my thing. Writing at this length tends to be an isolating activity and feels like it takes too much time away from things I’m better at.

Describe the most important things for PhD study.

Patience is important most of the time, but not having patience is even more important sometimes.

What advice do you (or would you give) to those considering HDR study or currently studying?

I am happy with the process of my research topic emerging from something I’d noticed when I was working as a graphic designer but couldn’t investigate properly because of the day to day activities not allowing me the time. I am also glad that my research topic and objectives were broad enough to start with and apparently intuitively in the right place, and I was in a position to capture things when they occurred even though I didn’t expect them to look like this. I feel like I’ve made good progress and discoveries, but there is still plenty more work to be done.

How do you think your research can change the world?

My research so far is about people who are changing the world, and how graphic design plays a role in what they are doing. My research fits there somewhere to help show how it has worked so far, and what it might be telling us about the direction design is headed. Making things digitally and online has put us on a path to a very different world of how things are made, but how this will look is anyone's guess. 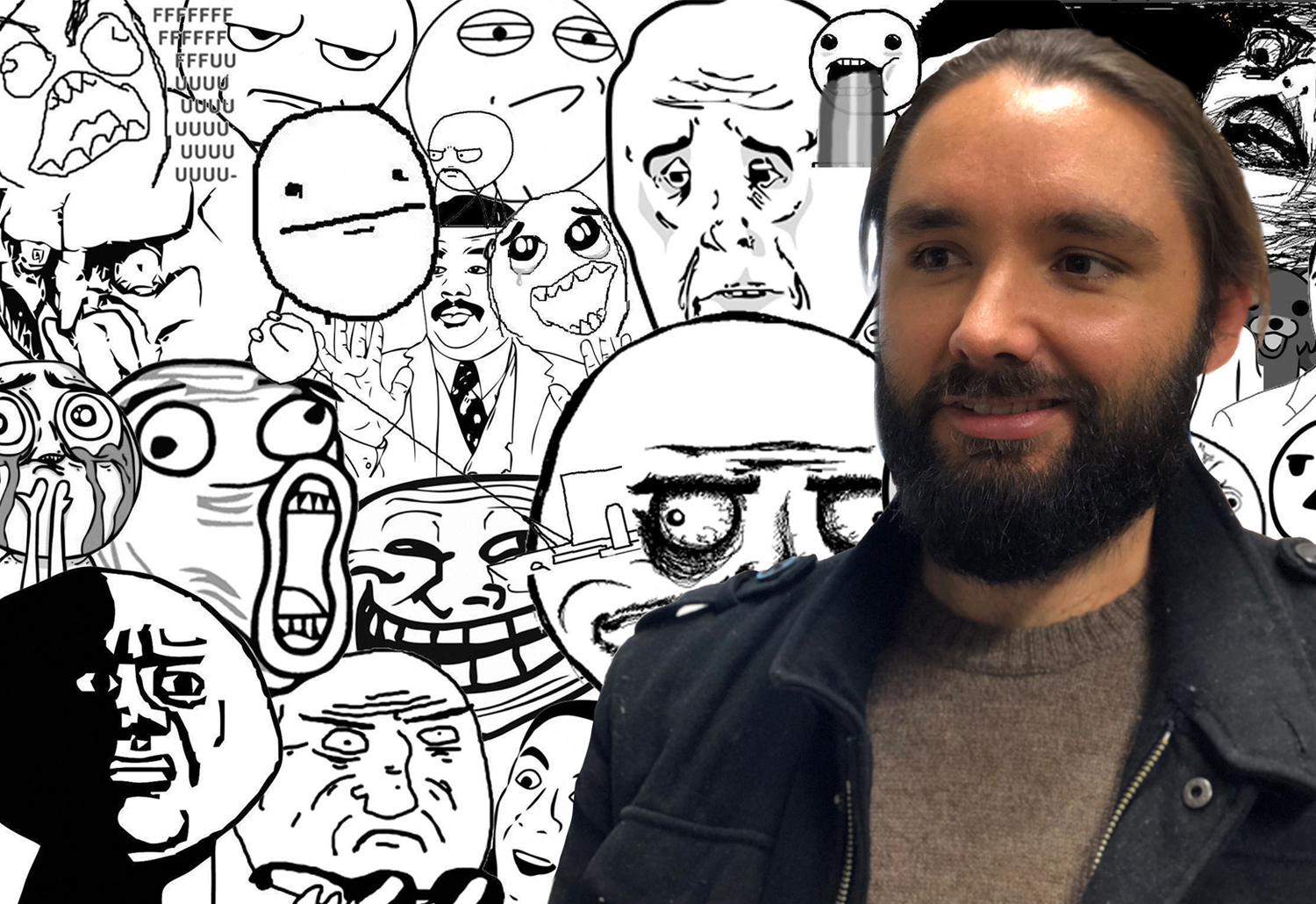 TO TOP
BACK
THE FUTURE OF MEDIA CONSUMP...
TO TOP