With National Science week in August, our focus for the month is STEM research, the importance of scientific discovery with impact, and communicating that impact to the public. Our Research Impact Case Studies showcase a lot of pure research in science, and discovery with impact, and one in particular which we feature below, is still changing our history books – the discovery of the Hobbit.
Stay tuned for our ‘Future of’ series this month which will feature Dr Sanderson-Smith describing ‘The Future of Microbiology’, while our PhD profile will feature Vivienne Guan and her work in dietary intake data quality in a clinical research environment.
If you get the opportunity to celebrate science this month there are many events on offer. We have two UOW researchers at the inaugural Soapbox Science Sydney event on the 10th August, a public lecture in Kiama on ‘3D printing parts for bodies’, or visit the UOW Science Space which has just celebrated its 30th birthday.
Finally, we extend our congratulations to the ‘Blue Carbon Horizons’ team - a finalist at the Australian Museum Eureka Awards and wish them all the very best for the winners announcement on 28th August. Stay tuned for stories and updates.

HOBBIT discovery – changing history and other unexpected research impacts
The 2003 discovery of the human species Homo floresiensis – often referred to as ‘the Hobbit’ – in the cave of Liang Bua on the Indonesian island of Flores is one of the most important archaeological finds of the last century.
Researchers at UOW were part of the original Australian-Indonesian research team involved in the discovery which was announced in the pages of the journal Nature and broadcast around the world by a frenzied media.
The small-brained, small-bodied human that was discovered, overlapped in time with our own species, and changed scientific and popular understandings of human evolution. The impacts of Homo floresiensis, however, extend beyond anthropological textbooks.
The discovery has invigorated and transformed public perceptions of human origins, while fuelling economic opportunities on Flores through tourism and employment.

Communicating science during National Science Week
The inaugural Soapbox Science Sydney in Circular Quay on the 10th August will feature two of the university’s finest communicators of science – Drs Yee Lian Chew and Dom Tanner. With Dom fresh from her ABC’s Top 5 Scientists intern program, where she worked with ABC journalists and broadcasters to spread the word about science, they are both set to inform the public, talk about their work and answer questions about anything related to their research – all while standing on a box. 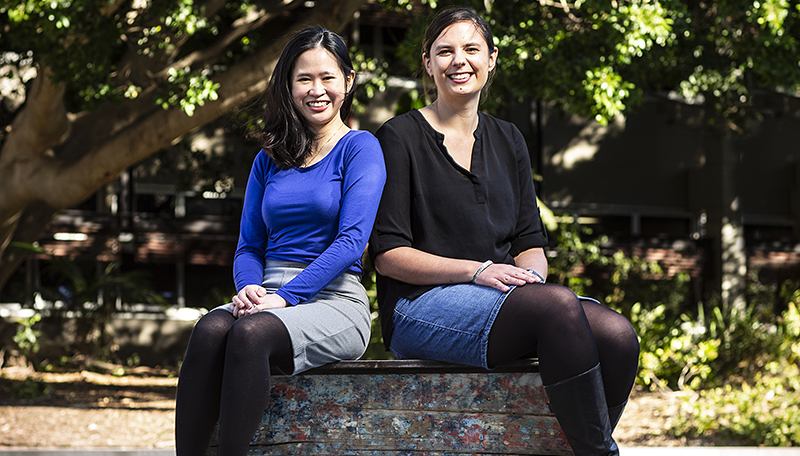 A public lecture by Distinguished Prof. Gordon Wallace will showcase his team’s discovery of some amazing materials in recent years which have the potential to revolutionise medicine and surgery and the treatment of epilepsy & schizophrenia. 3D printing is allowing the development of individualised parts that can be manufactured to fit a human body for support, regenerative or prosthetic purposes. Printing parts for bodies is scheduled for the 13th August in Kiama.

The Science Space, our dedicated public space for communicating all things Science and Technology, at the UOW’s innovation campus has just celebrated its 30th birthday. The Space now boasts the state’s most advanced digital planetarium, and newly-developed science theatre shows. However, entertaining science demonstrations, such as the Bubble and Liquid Nitrogen show, are still running and very popular. 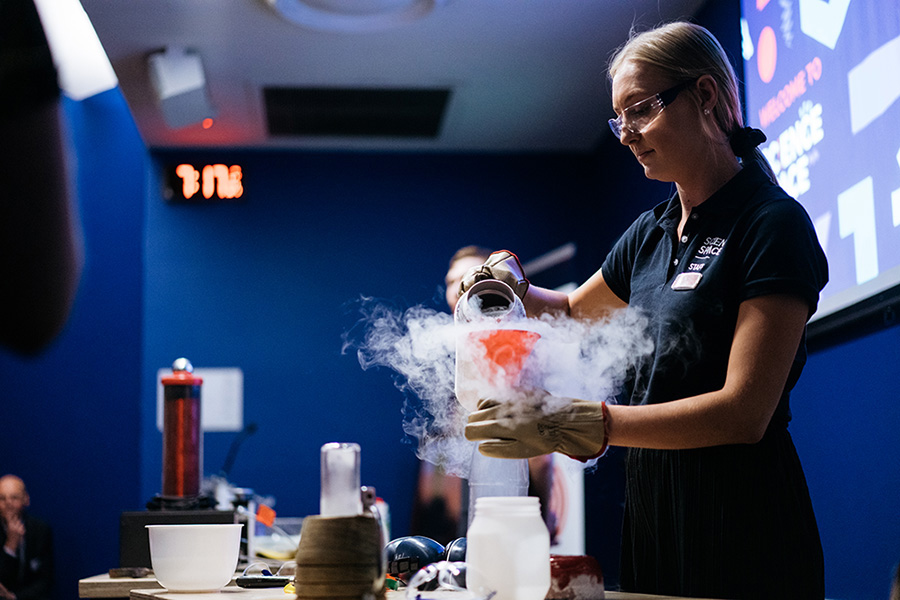 Science Space Director Stuart Creal is now also focussed on establishing a researcher in residence program. “Researchers can work in that space and talk to visitors and customers about their research. The Science Space is the perfect outlet for that type of engagement.”

TO TOP
BACK
PHD STORIES: VANESSA CAVANAGH
TO TOP