Geologist Dr Dominique Tanner, who is researching how precious metals are concentrated in undersea volcanoes, is back from a 2-week internship at the ABC studios as part of the Top 5 Scientists program for 2019. She was kind enough to share what she learnt from broadcasters like Robyn Williams, Norman Swan and Cassie McCullagh on communicating science to the public.

Spending two weeks embedded within the Radio National team as part of the ABC’s Top 5 science media residency felt like a two-week creative sabbatical. With four other scientists, a wide range of ABC staff helped us navigate the world of science communication through radio, television and social media, we learnt a lot.

Here are the Top 5 things I learned while working at the ABC:

1. Write for the ear. Writing scripts for radio was a completely new experience. You need to be conscious that your writing is conversational, descriptive and easy to read. If I was writing a script … for radio … a sentence might look like this … so I’d know where to take breaths.

2. If you are speaking on a radio show or a podcast, people may be listening to you through headphones. You want to be energetic and engaging when you talk – but make sure you aren’t shouting into their ear!

3. If you are interviewing a guest for a radio show, you want to meet and greet your guest to make them feel comfortable with you before they enter the studio. However, you don’t want to talk about the topic of interest before you get them behind the mic. Otherwise, they will lose their energy when you interview them. You also get far more energy out of your guest if they don’t know the questions in advance.

4. Online articles can also be conversational. When you read any of the ABC online science articles, you will see they are often quite informal and enjoyable to read, with frequent use of colloquial language.

5. The secret to effective science communication is about creating a good narrative with a story arc. A simple story board might include a good hook, adequate context, some tension (perhaps two perspectives) and a resolution to your story. This is much harder in TV, where science news typically only gets 2 minutes on air. It is much easier to communicate more complex scientific stories through radio, podcasts, documentaries and online science writing. 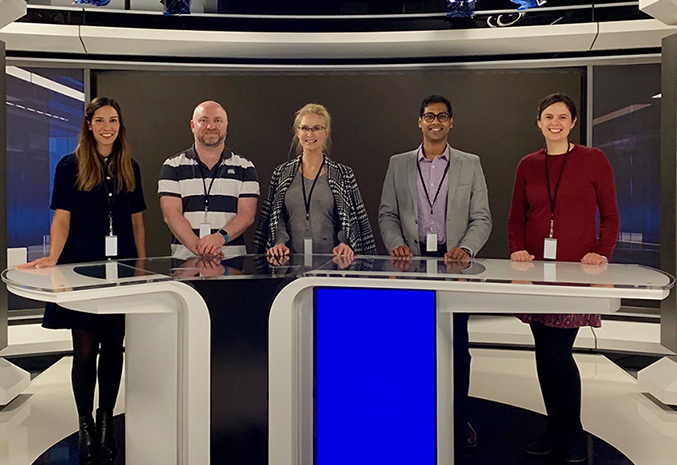 TO TOP
BACK
AUGUST - A CELEBRATION OF STEM
TO TOP