Twelve of the best female researchers in Australia showcased their work to the public, including two UOW researchers: Dr Dom Tanner and Dr Yee Lian Chew, as part of the inaugural Soapbox Science Sydney event.

The free, interactive public event was held on the 10th August as part of National Science Week, to encourage more people to engage with STEMM subjects. The public were encouraged to learn from, heckle, question, probe, interact with and be inspired by some of Australia’s leading researchers in the Science, Technology, Engineering, Maths and Medicine disciplines. 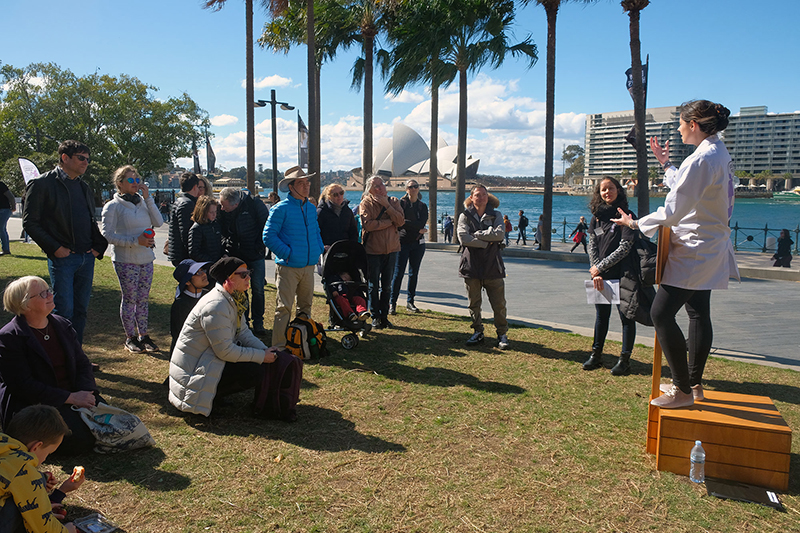 Dr Dominique Tanner presented her research where she is investigating 'Where precious metals come from' and explained how she was asked all sorts of questions.

"On the soapbox, I was asked '...if there was no oxygen on the early Earth, how did it get here?' This is a concept I teach to first-year geology classes. Trickier questions from other audience members like '...how many volcanoes are there on Earth?' and '...do you think there is life on Enceladus (one of the moons around Saturn)?' certainly kept me on my toes!"

"I would do this event again because I think that Soapbox Science is a unique platform for scientists to interact with members of the public outside of university walls. At a time where large portions of our society (including members of government) are hesitant to act on – or even believe – the advice of scientists, it is more important than ever to build trust between scientists and society by actively engaging with members of the public." Said Dr Tanner.

Dr Yee Lian Chew spoke about her research in 'What can worms teach us about the brain' and found the most interesting question she was asked  was from a young child:
'If mutating this particular gene makes worms live twice as long, why don’t we do this in humans?'  " Such an interesting and ethically important question."

"It was truly an amazing day. A little bit terrifying to step onto the Soapbox but it turned out to be really fun to talk to a diverse audience about my research. It was also awesome to hear from the other speakers about the cutting-edge and important research that these amazing women are doing in Australia today. It also contributes towards one of my career goals, which is to make science and the importance of scientific research more accessible to the general community."

"Another great thing was the diversity of speakers – although Soapbox Science is aimed to promote visibility of women in STEM and all Soapbox Science Sydney participants were female, the speakers came from a range of cultural/linguistic backgrounds and underrepresented groups in academia/STEM. It was a joy to be a part of, especially since Australian science has a bit of a ‘Daversity’ problem, where men named David are more likely to get grants." Said Dr Chew. 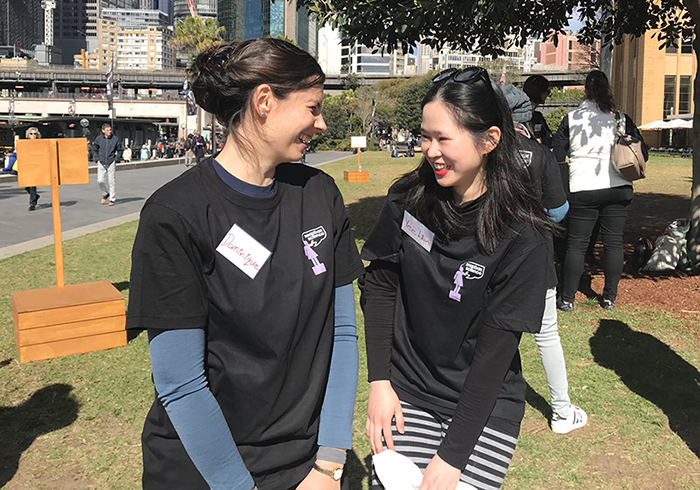 The timing couldn’t be better as the last few years have seen Australian institutions undertake a massive effort to address gender equity and diversity in STEMM subjects.

This is highlighted by several institutes being accredited Bronze status by the Athena Swan Program, including the University of Wollongong.

NOTE: Drs Tanner and Chew are from the Faculty of Science, Medicine and Health, while Dr Chew is also affiliated with the Illawarra Health and Medical Research Institute (IHMRI).
We thank Dr Laura McCaughey - Project Manager Soapbox Science Sydney for providing photos and video.

TO TOP
BACK
FUTURE OF: MICROBIOLOGY
TO TOP