When Dr Brian Yecies (and his long-time collaborator Dr Jie Jack Yang) won a grant from the Australian Research Council (ARC) to investigate the potential of mobile webtoons as a means of a new creative economy in Australia, he knew international industry collaboration was imperative to the success of his research. An advantageous meeting with South Korean WebtoonGuide Co. CEO Tae-Jin Kang forged a partnership demonstrating how industry and research alliances can work beneficially across geographical and cultural divides.

When Tae-Jin (TJ) Kang was a child his parents pushed him to read as a means of developing his Korean language skills. His preferred choice of reading materials were comic books, which was also a favourite for his father and sister. His love for comics continued through to adulthood, becoming a secret hobby as he built a career working as the project lead for corporate social responsibility for the Hyundai Motor Company in Seoul.

While working for Hyundai, Kang became involved in a project promoting traffic safety to children. The company believed gamification and animation were the best ways to deliver the message to the target market. With assistance from creative industry company Roi Visual, Kang’s project team became one of the first to deliver 3D educational animations to the public sector.

With such a successful outcome in his workplace, many were surprised when Kang decided to leave Hyundai to pursue post graduate studies in animation and comics at Sejong Graduate School. His passion for comic books had stayed with him, and his exposure to animation fuelled the desire to create something special for himself and the world.

Like the rest of the South Korea population, Kang had embraced the technological advances that the comic book sector had undertaken in his country with the rise of vertically-scrolling webtoons – a term merging “web” and “cartoons,” coined in South Korea in the early 2000s.

“I learnt a lot about intellectual schemas of life from comic books and I gained a level of emotional intelligence via these stories. I’ve read more than 10000 stories in my life (both in traditional and webtoon formats), each one making me who I am today. I felt like this was a way of returning the favour to the industry, to the comics themselves as well as a way of creating something important and meaningful that belonged to me, and not to the company I worked for.”

It was this motivation that drove Kang to start his business WebtoonGuide Co. in 2015, a webtoon and digital media consulting agency. WebtoonGuide offers a global statistical service called the Webtoon Analysis Service, which conducts a range of in-depth research services that are underpinned by an extensive webtoon industry database.

It was these specialised analytical services that piqued University of Wollongong’s (UOW) Dr Brian Yecies’ interests in Kang’s company and work, and the potential for collaboration.

The project’s intent is to investigate how mobile webtoons are transforming media ecosystems in Australia, South Korea and the United States. It aims to generate new knowledge about cross-media storytelling, aesthetics and technologies by applying big data methods to analyse the production and reception of innovative mobile content. With this new knowledge, Yecies and Yang plan to analyse the impact this will have on the traditional media landscape.

With this ARC funding, Dr Yecies headed to Buchan in South Korea to forge some industry connections and gain some in depth knowledge at the epicentre of the webtoons market. In an advantageous stroke of serendipity, TJ Kang was also starting to revisit his company strategy to look globally, extending in to overseas markets.

The pair hit it off and TJ was happy to assist Brian by providing valuable industry inroads, data and knowledge to assist with his research. In return Yecies findings could help Kang gain valuable insight and connections into the international markets that he was so interested in entering.

“I headed to South Korea to identify potential collaborative pathways and discover what the industry and our research could explore together. It is absolutely a give and take scenario. We can do things here (in Australia) that perhaps people in South Korea haven’t thought about before, and vice versa. That adds value to the ecosystem, to mapping it, and studying it” Says Yecies of the collaboration.

Six months later in February 2019, The Korea Creative Content Agency (KOCCA), a governmental agency that oversees and coordinates the promotion of the Korean content industry announced a highly competitive government funded project to support the introduction of South Korean services to overseas markets. Kang remembered his initial interactions with the UOW academic and reached out to him to apply for the funding as a joint venture.

In April 2019 the pair successfully gained funding to present a series of forums and information sessions at the upcoming Oz Comic-Con event in Sydney- Australia’s premier pop culture and comic convention, showcasing all the latest studio activations, comics, anime, cosplay, and video games. The pair will also organise and present two industry forums: at the Korean Cultural Centre in Sydney, and University of Queensland in Brisbane.

“A wide range of Australians are interested in knowing and learning about such digital opportunities. Yet, there is often fear amongst Australian content creators about this brave new digital world. They are concerned about intellectual property and loosing or maintaining copyright control, because a lot of the content in the webtoon environment is free and open and/or available on a ‘freemium’ basis. This is a relatively new and expanding economic/commercial model for domestic and international content creators.”

The forums aim to shed light on this exciting new digital arena, and bring together several top media practitioners and scholars from Australia and South Korea to discuss the future opportunities and challenges of this innovative industry and format. The hope is that Australian creatives will embrace the strong social media and participatory culture that come with the webtoon environment, which in turn offers huge potential for transmedia adaptations for a range of legacy and new media enterprises across the globe, and a new digital economy.

“It is the first step, but it is an important and meaningful step to join alliances with UOW and explain the status and future of the digital comics markets. Just like music, television and main stream media- as users become more used to the digital format and their ability to consume at anyplace and anytime – comics are destined to head in this direction also. If Australians (and the world) are prepared, opportunities will open up.” Says Kang

Both Yecies and Kang will appear with webtoon and comic industry professionals, including artists, content creators, academics and policy and agency professionals to expose scholars, practitioners and fans young and old to online and mobile webtoons and their potential for creative innovation in the larger digital media economy.

Both Yecies and Kang will also be available for discussion on both the Saturday and Sunday at the WebtoonGuide Co. booth (S123) at Oz Comic-Con 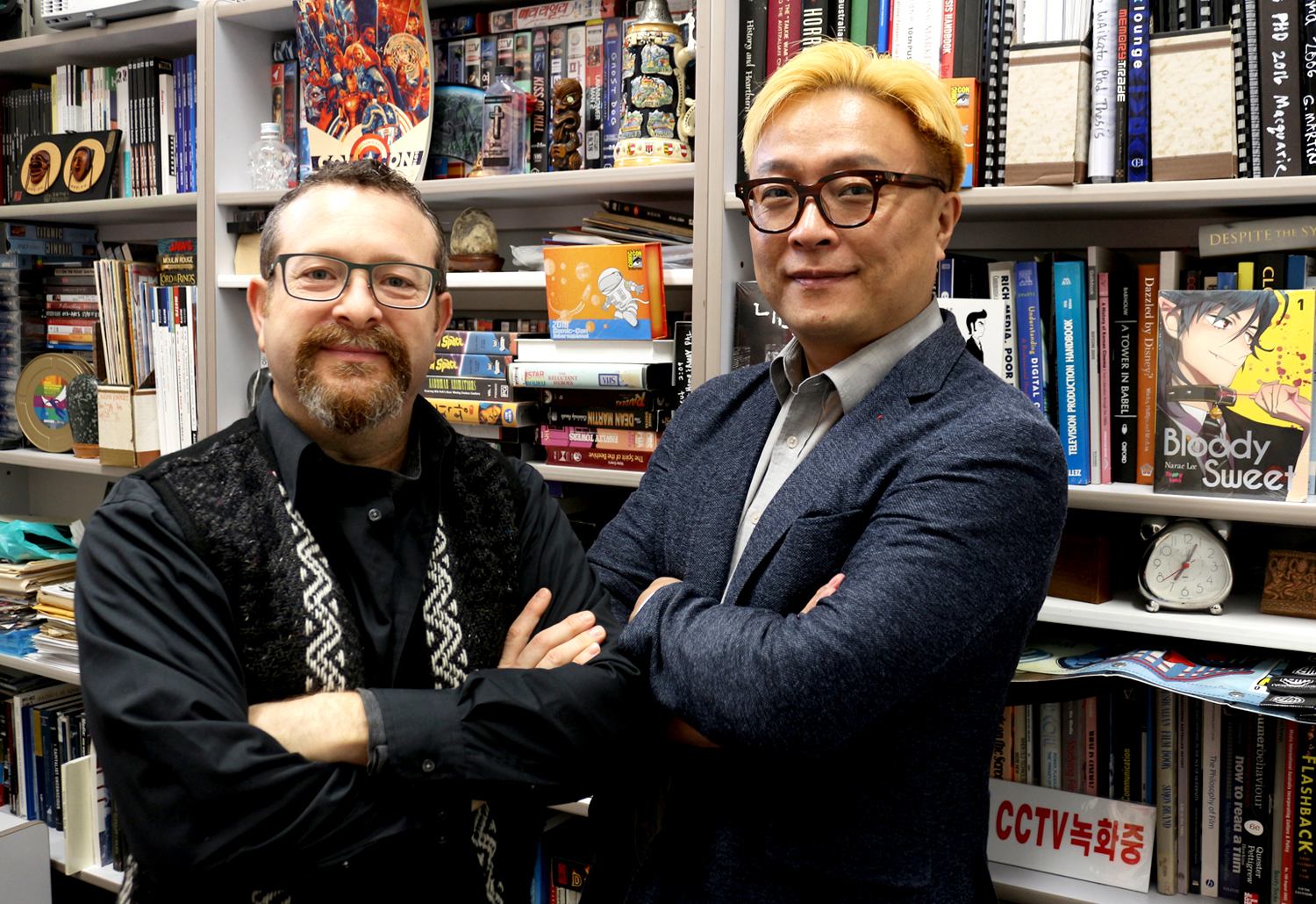 TO TOP
BACK
PHD STORIES: CLAYTON MCDOWELL
TO TOP