Driven by a desire to make a difference to the lives of vulnerable young adults, Dr Emma Barkus is focused on understanding the causes of a devastating mental illness. 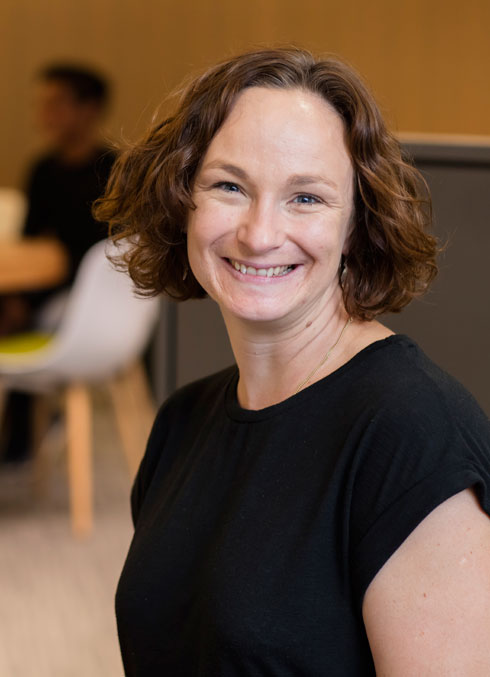 Schizophrenia generally manifests in late adolescence or early adulthood. Affecting approximately one per cent of the world’s population, its diagnosis means a lifelong dependence on medication, which have adverse side-effects like excessive weight gain, and necessitates support for daily functioning.

In an effort to understand what causes schizophrenia, Barkus is investigating how factors such as illicit drugs, alcohol, thinking processes, stress, and personality traits confer their toxic effect on vulnerable young minds.

Her first major breakthrough, achieved during her PhD, was demonstrating that auditory hallucinations in healthy individuals activate the same brain areas as those seen in patients with schizophrenia. Later, she developed the only questionnaires to capture the experiences people report after cannabis and consequently opened up a new approach to considering cannabis as a risk factor for psychosis.

Barkus’ motivation to contribute to make a difference in young adults is also reflected by her commitment to teaching and pastoral care, as Director of Undergraduate Studies and currently Acting Head of Students in the School of Psychology. She supervises five PhD students in the areas of substance use, stress, thinking processes and other risk factors for schizophrenia with the aim of encouraging “future leaders in the field”.

Moving forward, Barkus is determined to continue to help unravel the complexities of what causes schizophrenia. Barkus and her team of collaborators are making the approach from a number of angles, including identifying which factors might work together to increase the risk of psychosis, and investigating which mental health symptoms reduce the likelihood people will seek help when they need to.

“We need to understand how these factors converge in vulnerable young people to develop better targeted drug and psychological treatments to ensure young people obtain the necessary help at critical points in their lives.”

TO TOP
BACK
PROFESSOR ELENA PERELOMA
TO TOP