Northern England 1970: Susan Turnbull, university student of English Literature, is helping on an archaeological dig examining the contents of a mass grave containing the remains of the monks who died during the Black Death of the fourteenth century. The impressionable young student has a passion for Anglo-Saxon archaeology and reading the 'signs' of a culture from traces that are left behind.

Wollongong, Australia, 2016: Professor Turnbull continues to read the signs of a culture, only this time she is doing it largely from a desk or her couch in front of the TV. This time, the bodies under investigation are those to be found in television crime dramas such as the Swedish/Danish production Bron/Broen (The Bridge), or the Welsh series Y Gwyll (Hinterland). 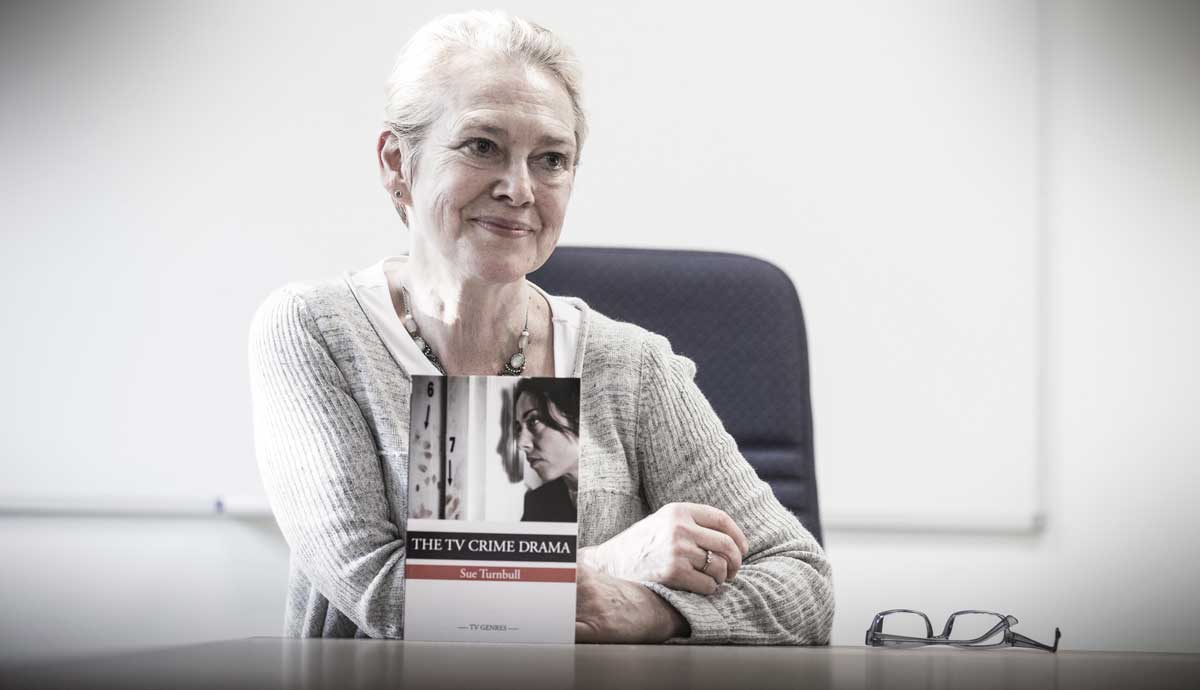 Turnbull’s contemporary research, funded by an Australian Research Council (ARC) Discovery grant, explores what these television crime series tell us about the cultures in which they were produced, the social issues of law and order that matter in that culture, and what value these series have for the creative team that produced them and their global audiences.

This project is the latest of many investigations she has undertaken into the role of popular culture in society. Since a TV set arrived in her family home just in time for the coronation of Elizabeth II in 1953, Turnbull continues to be fascinated by television as a medium of entertainment and communication.

Her interest in the history of TV is reflected in her concurrent ARC Linkage project, which is studying the role of TV in the history of migration. It will involve speaking with many people in the Illawarra and beyond, and is being undertaken in collaboration with UOW’s Dr Sukhmani Khorana and Professor Kate Darian-Smith at the University of Melbourne, as well as partners the Museum of Victoria and Australian Centre for the Moving Image.

As Turnbull suggests: “At a moment in time when television as a medium of broadcast communication is rapidly evolving into something else, it seems more important than ever to return to the signs of its significant role in the construction of society and culture before these too are buried in the past.”

TO TOP
BACK
ASSOCIATE PROFESSOR KATE SE...
TO TOP