Dr Susanna Guatelli’s research has made a substantial contribution to the development of a software tool for use in medical physics and has directly led to worldwide advances in technology that helps save lives. 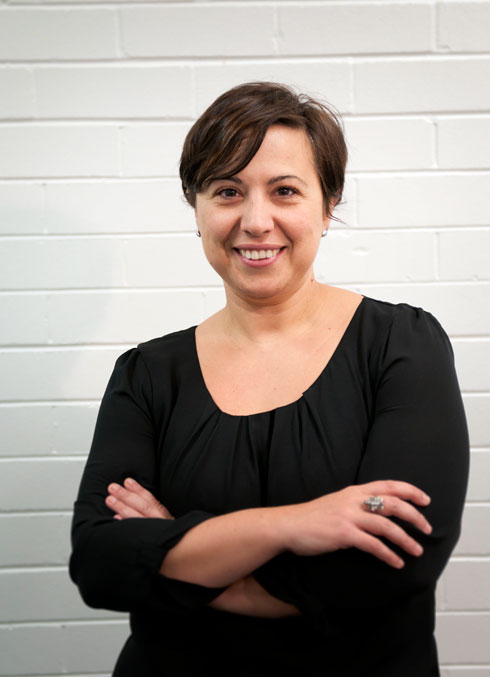 GEANT4 is a platform for the simulation of the passage of sub-atomic particles through matter and is developed and maintained by an international team that includes scientists from the European Organisation for Nuclear Research (CERN). The platform is used for radiotherapy and the development of technology to improve hospital diagnostic imaging techniques. It is also a critical tool in the fight against cancer and for improving instrumentation for radiation protection on Earth, in aviation and space exploration.

And space is where Guatelli’s research career began. After studying nuclear physics at the University of Genova (Italy), Guatelli undertook her PhD on radiation protection of astronauts in missions to Mars within the Aurora Project of the European Space Agency. She was based at CERN, where she had the opportunity to contribute to challenging research projects, spanning from radiation monitoring for the Large Hadron Collider to the effect of radiation at DNA level.

To this day, Guatelli continues to conduct research in this field, and has been instrumental to the UOW Centre for Medical Radiation Physics (CMRP) successfully establishing new research collaborations with major research laboratories such as CERN in Switzerland, IN2P3 in France, INFN in Italy, and SLAC the US.

During 2016 Guatelli led the 3rd GEANT4 School and Monte Carlo Workshop for medical physics applications at UOW. In April 2016, 80 people travelled from all over Australia and the world – the US, Canada, Europe, New Zealand, China, South Korea, Japan and Malaysia – to participate in the event. Guatelli continues to act as a representative of the international GEANT4-DNA Group which specifically develops the GEANT4 Monte Carlo code for radiobiology applications.

Guatelli is also a highly-regarded lecturer and says teaching motivates her.

“The feedback of the students is a very powerful engine which supports me with everyday work as they perceive my commitment to support their learning,” she said.

As the only female physicist at the CMRP with a continuing academic position, she is also driven to be “a model of a woman academic in physics, and encourage female students to study science and to pursue an academic career in this area”.

TO TOP
BACK
PROFESSOR LORNA MOXHAM
TO TOP