Professor Katina Michael’s contribution to the future of emerging technologies is vast and includes her editorship for the award winning Institute of Electrical and Electronics Engineers (IEEE) Technology & Society Magazine since 2012. 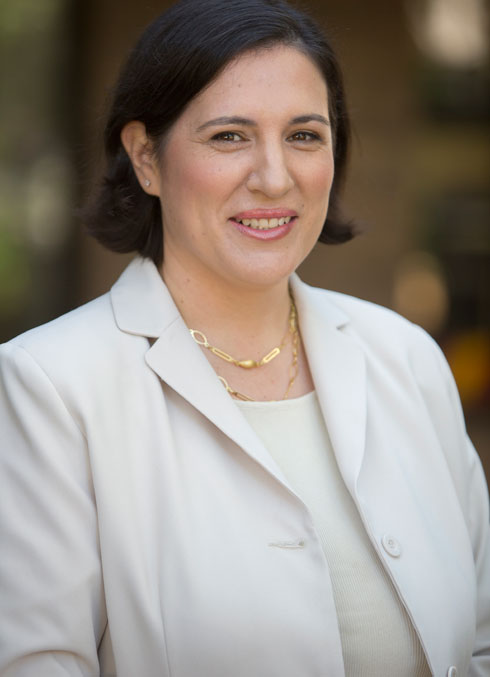 Michael has taught 14 subjects in Computing/IT and Law. She has more than 550 research outcomes in the form of books, book chapters, journal papers, editorials, newspapers, trade magazines, debates, television appearances, senate hearings, consultancies, panels and music and performance artwork. Among this, she has also met the challenge of juggling motherhood with establishing an academic career.

Michael has been studying the impact of microcircuitry and nanotechnology devices in humans for convenience, care and control applications since 1996. Her research on location intelligence and ensuing behavioural implications was a precursor to wearable devices like the FitBit. Students in the field of information technology were participants of data logging experiments related to location-based social media, learning of the impacts of uberveillance and its segway to big data, machine learning, and proactive profiling.

As a result, Michael has been able to contribute to presentations to the Prime Minister and Cabinet and Defence Science and Technology Organisation, and consultancies for the Commissioner for Law Enforcement Data Security in Victoria.

Michael had a non-traditional pathway into academia. She worked as a senior network and systems engineer for Nortel Networks across Asia in the mid-1990s. She left industry to complete her PhD and found herself drawn to human factors in engineering and the intersection of social policy issues with technology. She has run nine years of national security workshops funded by the Australian Research Council’s Research Network for a Secure Australia, and two international symposia for the IEEE (ISTAS10, 13), on implantable technologies, and wearable digital glass respectively.

“The impact I want to leave behind is one of encouraging females to enter the Science, Technology, Engineering and Mathematics profession in non-traditional engineering roles,” she said.

TO TOP
BACK
PROFESSOR LINDA TAPSELL
TO TOP