From the Arctic to Western Sydney

Associate Professor Clare Murphy is helping to improve our understanding of the changing composition of our atmosphere and the subsequent impacts on air quality and climate. 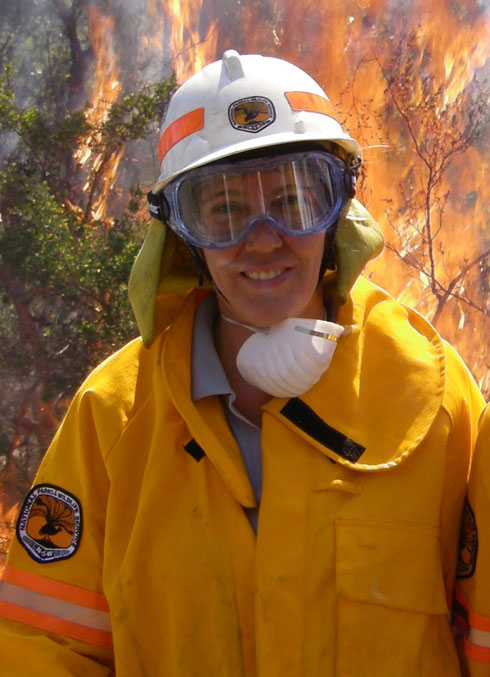 Currently, she is the Project Leader for Clean Air and Urban Landscapes hub researching air quality in western Sydney – but her journey in studying global atmospheric conditions has been a vast one.

In the 1990s, while working in the UK, she had the opportunity to join the research effort to investigate the processes that contribute to stratospheric ozone depletion. At the time, very little was known about stratospheric ozone loss in the Arctic and this position involved her travelling to remote Arctic observatories to undertake solar remote sensing to determine the levels of stratospheric trace gases within the northern polar vortex.

She started a family having two daughters in 1999 and 2001, and immigrated to Australia in 2002, in search of a more family friendly way of life. Murphy initially obtained part-time work at UOW due to her previous experience with solar remote sensing. Over the next few years she continued this research with a focus on emissions to the atmosphere from biomass burning.

Murphy took a further career break when her son was born in 2005. She completed her PhD in 2009 and started a permanent position as a lecturer in physical chemistry. Through continued research of biomass burning, she provided improved estimates of emissions for many gases of interest in tropospheric chemistry, from both south-east Australian forest fires and tropical north Australian savanna fires.

She led a major measurement campaign called MUMBA - Measurements of Urban Marine and Biogenic Air - to characterise atmospheric composition to better understand the interaction of atmospheric gases and aerosols in the complex environment of the ocean/forest/urban interface.

Murphy now leads the Western Air-Shed and Particulate Study for Sydney, which is set to provide unprecedented insight into the drivers of poor air quality events in the region. Along with assessing current air quality research, activities planned in the early stages of the project include developing best-practice modelling for traffic-based emissions in the region, building a high-resolution model or digital map of the atmosphere to identify pollution hot spots, testing average trace gas pollutants over long distances as well as indoor air quality in a variety of buildings.

“By the end of the project the results of the studies, combined with modelling for various future air conditions and associated health impacts, we hope will help inform evidence-based and cost-effective policies to reduce the population’s exposure to poor air quality.”

TO TOP
BACK
TO TOP