History in a grain of sand

In the physical sciences, Zenobia is conducting research into individual grains of sand as reliable time capsules for optically stimulated luminescence (OSL) dating of geological and archaeological sediments. 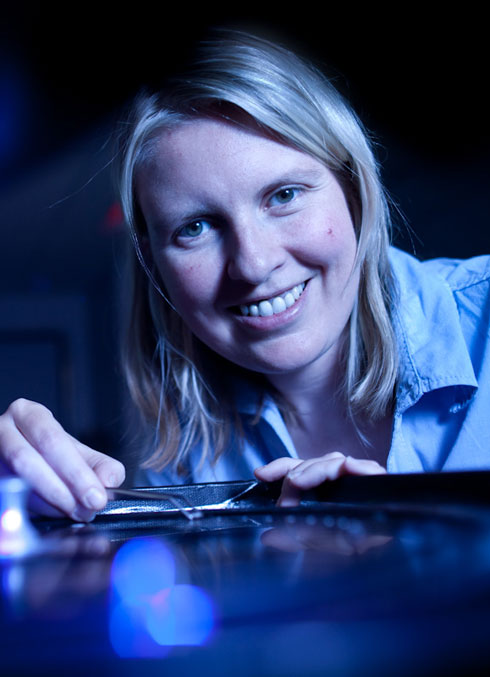 Now acknowledged internationally as the gold-standard for OSL dating, Jacobs’ method is helping scientists rapidly uncover new clues about the evolutionary history of Homo sapiens and the dispersal of our early ancestors around the globe.

Professor Jacobs’ contributions include chronologies of unprecedented resolution for archaeological sites in Africa, revealing new dimensions in the early history of our Homo sapien ancestors. These include the oldest archaeological evidence for fully modern human cognition and behaviour and insights into the timing and likely causes of stone-age innovations in Africa and dispersal of early modern humans into Asia.

With other pivotal contributions to long-standing debates in life and Earth sciences, today Professor Jacobs has a well-established research profile including a strong track record of publishing in top journals such as Science, Nature and PNAS, and inclusion on the Thomson-Reuters Highly Cited list.

Her record of attracting national research grants underscores the quality and importance of her research, and most recently includes the highest Australian Research Council Future Fellowship grant awarded in 2015.

The Future Fellowship will see Professor Jacobs investigate the enigmatic Denisovans – an unknown lineage of ancient species discovered from an ancient finger bone unearthed in the Siberian Altai Mountains in 2010. Her aim will be to construct an accurate timescale for the archaeological and human fossil assemblages found in that region over the past 800,000 years in the hope of answering some key questions about human evolution.

From microscopic study of time stored within a grain of sand, to the epic research of understanding human evolution, Professor Jacobs is casting new light on the story of humanity’s past.

TO TOP
BACK
DR HELEN MCGREGOR
TO TOP